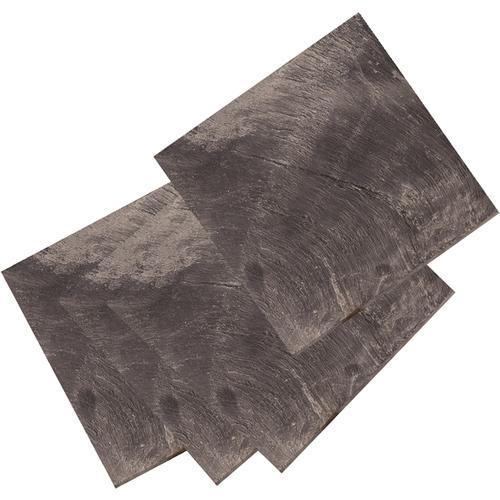 We’d decided on slate tiles in the kitchen before we’d even thought about getting a new one, never mind knocking down walls and making it bigger.  However, I’m not sure about whether they would go with the units we’ve now chosen, so I’m still wavering.  We’d settled on these ones from Wickes, which were on sale when we first saw them, but now the square footage is getting bigger and they’ve come off sale, they’re looking more and more expensive.  I think we’d have to shop around before making a decision anyway. 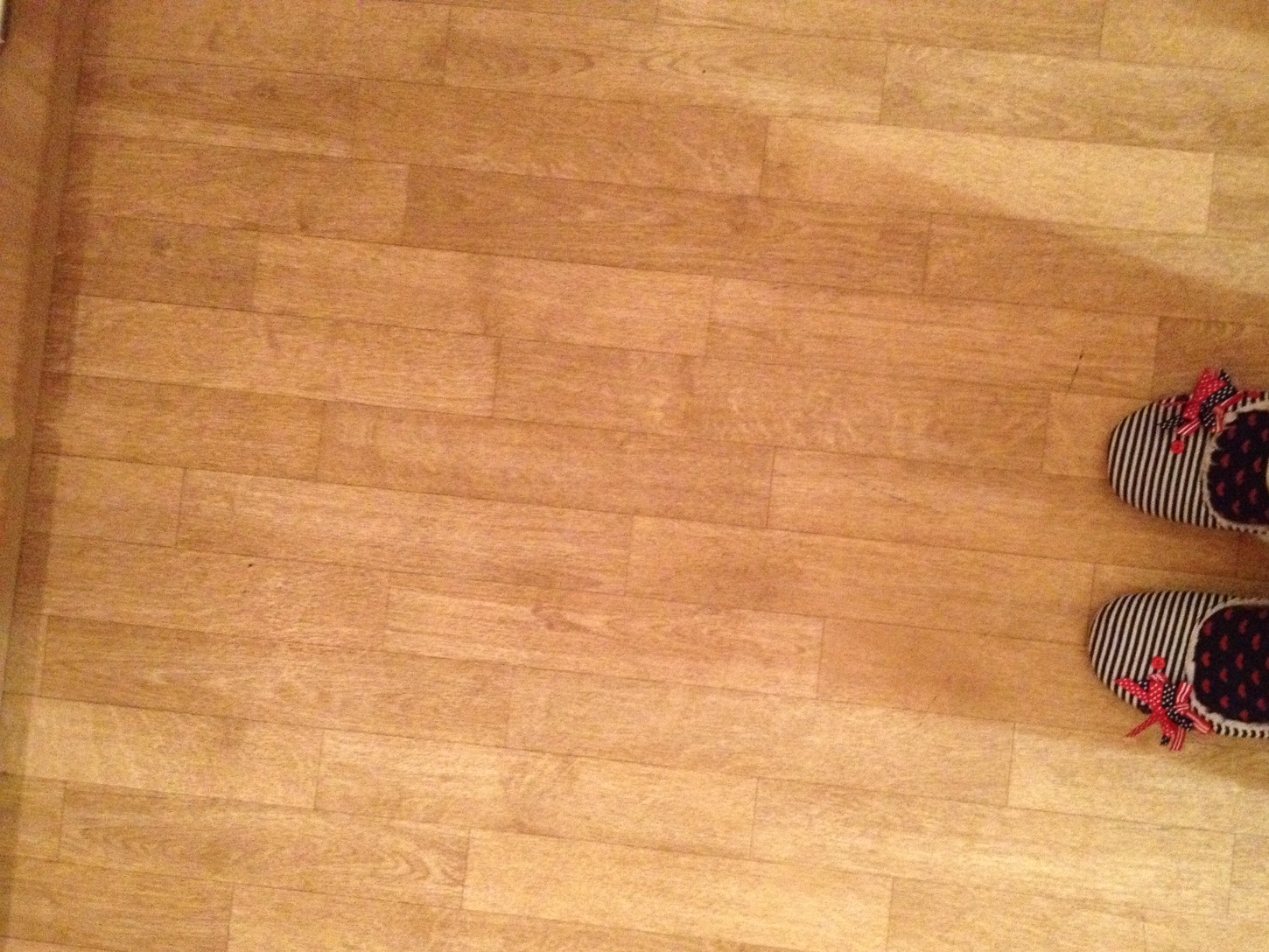 Another option is to take the white wooden laminate (discussed previously) from the living room right through to cover the whole ground floor.  However, I’ve been strongly advised by colleagues not to have wood in the kitchen – one leak and it’s all over.  Anyone wishing to share their experiences is welcome to do so!

This is the flooring we have at the moment – bog standard laminate.

One factor affecting the choice of a black/grey tile is the colour we’re going to paint the kitchen.  At the moment, we’re thinking brilliant white on all walls, as colours may clash with the units and they’re enough of a statement on their own.  However, in the show house we visited before we bought our house, they had matt black painted up the stairs on both floors.  It sounds a bit gothic and depressing, but it really worked (honest!), so I think we may do the same.

Now that we’ve opened up the stairs to the kitchen, we could carry that black wall down so that one kitchen wall is black (the wall in the image above).  I’m wavering, because I think very dark grey would work as well, like this Slate (left) from Wickes, but Barry’s set on black.  I bought a tester pot of Dulux Midnight Kiss (below), and painted a splodge on the wall (and a bit on the carpet for good measure).

Either colour would also match the potential slate flooring.  I think some hard decision-making is in order, but we’re committed to painting it in some way to cover up the black!

To counteract the darkness of the floor and the wall, Barry thinks that brilliant white on the ceiling and all other walls is the way to go, but I don’t know if it will be too much with the white high gloss cabinets…any thoughts?

On a completely separate issue, I have to have a mini-rant about the plastering in our house.  Where we’ve removed walls, there are obviously big vertical holes, about three inches apart.  However, in two places, the plaster on either side of the hole won’t meet with a flat, straight line of plaster because one side comes out further than the other.  On one of them, the walls are about perfect at the top, but it comes out about an inch further at the bottom.  These things are hard to explain, but it’s infuriating, and it’s going to be a problem in particular for one of them, because we’re putting the kitchen cabinets in front of it.  At the moment, we’re wondering whether the worktop and upstand can be cut in a curve to accommodate it, but we’ll have to see when they arrive.  Rant over.

3 thoughts on “Which is best, tiles or wooden flooring? Only one way to find out…”